Home›Jewellery›An affordable alternative to diamond- Is it worth it?

An affordable alternative to diamond- Is it worth it?

Whenever this topic has been the focus of discussion, few names are eligible to stand beside it. Diamond is one of a kind. But what if equal brilliance, shine, and texture are achievable at a lesser price? Isn’t that too much for a deal? But that is possible. Diamond has a potent and robust competitor to stand beside and claim of possessing the same quality as that of a diamond. It is nothing else than moissanite.

Moissanite was first discovered in the year 1893, by the famous French scientist, Henri Moisan. This man later got a noble prize in Chemistry for his incredible work. Henri was initially sure that he had bagged some diamond crystals from the heart of Arizona. However, with extensive research and analysis on his laboratory, he discovered that it was surely not diamond, but pure crystals of silicon carbide (SiC). Later moissanite came into public prominence after the name of Moisan and took over the market in firm hands.

There is a high population, who adores moissanite rings and have replaced it over a diamond. Whereas some still prefer the classic diamond as the signature of elegance. Though there is no much to say about diamonds, moissanite is no less potent that it.

How are moissanite and diamond comparable?

Several factors can tell different stories about both of these gemstones. However, it might be one of the most robust works to do, because moissanite and diamond are more than similar; they are like twins with very little difference.

When it comes to appearance, you can surely never tell apart which one is the moissanite, and which one is the diamond. If you observe them very carefully, a difference in the faceting pattern of moissanite becomes visible, as moissanite has a double-faceting feature. When looked from the top surface, every facet appears doubled. This feature is not present in the diamond.

Both the stones are clear crystals without any tint or color. However, moissanite does have some yellow or grey rays that specifically shine up when kept in bright light. But with a little more money, you can grab colorless moissanite as well, which needs a little more engineering and thus comes pricey.

In terms of brilliance, moissanite is a little more brilliant than diamond. This feature is not only shocking but also counts high on the demand of moissanite rings. It absorbs ore light and shines brighter. The clarity also differs in this ground of comparison. The refractive index of diamond is much less than that of moissanite. Thus, it visibly shines much brighter than a diamond.

Lastly, when durability is the topic in question, diamond is universally known as the hardest mineral on the planet. It has a perfect score of 10 on the Mohs scale. However, moissanite is not much away from this record. It scores 9.25 in the Mohs range, a sufficiently high score compared to the other gemstones available in the market. The more the durability, the harder the gem is. This feature directly strikes the scratch-free surface and longevity of the stone. Thus all of the features mentioned above are quite enticing and shocking as well. If appearance matters to you the most, you can surely opt-in for moissanite. 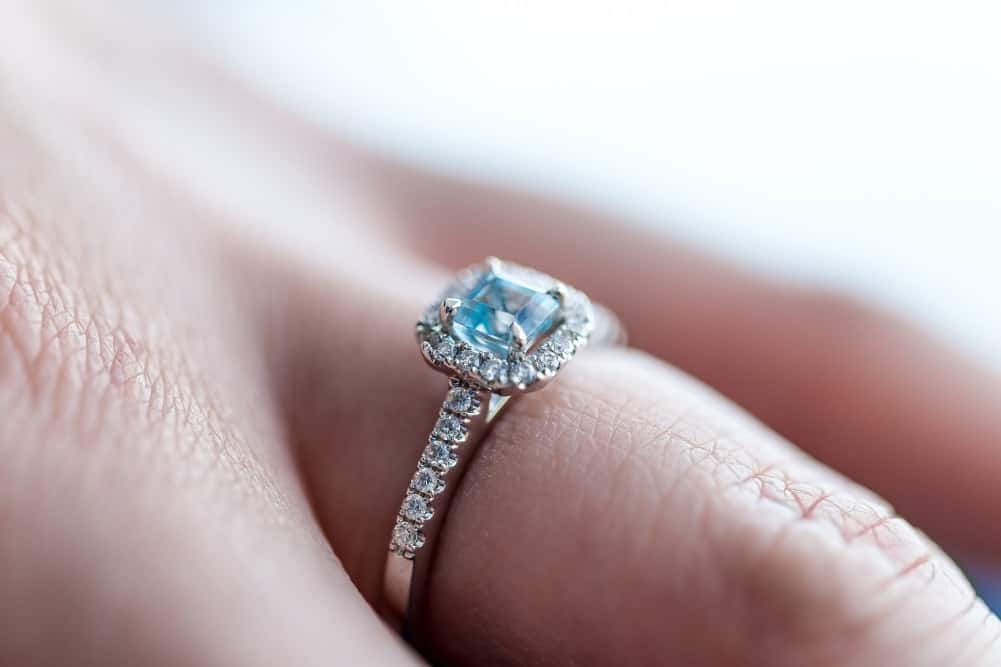 Be it your engagement or wedding, or even anniversary; moissanite rings can always be one of the best choices you can make. It will surely allure your beloved with the shine and dazzle that is exceptionally good. Your partner will have no option left but to fall in love with the brilliance of the stone. Moissanite engagement rings are in high demand in this century, and it will increase over time. With the growing craze of the gemstone, suppliers and dealers of moissanite rings are emerging from different corners of the globe. However, while buying this stone or rings, or any moissanite jewelry, it is crucial to have a keen check on the quality. One can quickly get into the trap of duplicity as it has characters different from that of a diamond.

The main reason that can make the choice of moissanite rings a better choice than a diamond is its price. Moissanite is shockingly cheaper as compared to diamond. A 1.0 carat of a diamond can cost up to $10,000 or even more, which is quite a high value in the market. However, the pure quality of 1.0-carat moissanite can come handy in an expected range of $449 to $600. Isn’t that an insane deal to grab for? Such amazing qualities and features that too at such a lesser price is more than one can get for the mentioned price. This especially does wonder when budgetary issues come into the picture. Not everyone can afford a good quality of a solitaire diamond. However, if moissanite rings are ever in the chapter, it can fetch all the required attributes of a diamond; however, at a lesser cost.

Most asked questions about moissanite rings.

Moissanite has all the excellent properties that a diamond has. It has exceptional brilliance, clarity, shine, and, more importantly, it is cheaper than diamonds. All the qualities stuffed together at an affordable price are a good diamond.

Moissanite surely has a lot of familiar characters like that of a diamond, but it is very wrong to consider it as a fake diamond. Moissanite is unique in its own way, not crossing ways of a diamond at any angle. Thus if you love moissanite rings, you will fall in love with moissanite itself, not for the quality of being similar to diamond.

Just like a diamond, moissanite engagement rings will last for a lifetime. It also has a record of brilliant Mohs scale score, just like a diamond. Thus, it can remain scratch-free and robust for the entire life.

With all these qualities that make moissanite as a great option, it can be concluded that choosing moissanite for the most memorable events of life is quite a good deal, and affordable too.

Thinking Of A Gift For Your Loved ... 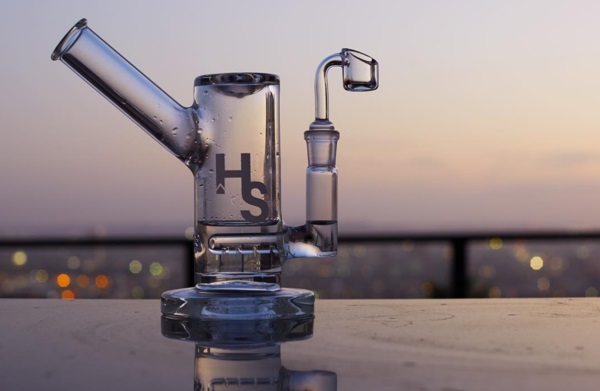 Heavy-Duty Dab Rigs – Handcrafted To Give ...